The things I write about

There is no dearth of street food in India. You will find it at every nook and corner, in every state of the country. Some of these foods are unique to the region in question, while some eternal favourites are available everywhere. Pav Bhaji is one of those street foods that originated in Mumbai, but is now a favourite with people everywhere.

I absolutely adore Pav Bhaji, the delicious thing that it is. Very few places in Bangalore make Pav Bhaji the way it is meant to, and I’m sure to order it whenever we are visiting these eateries. I make it often at home too (read: on days that I need to clean up my fridge’s vegetable cabinet 😊). Me being me, I try to load my Pav Bhaji with veggies and make it healthy by using very little oil and butter.

What is Pav Bhaji?

The bread in question is called ‘ladi pav‘ and is super soft. It is usually toasted with butter.

Potatoes are the major component of the vegetable gravy (called ‘bhaji’), but it often has other vegetables added in as well. A fragrant spice mix called pav bhaji masala is used to flavour the gravy.

As a whole, Pav Bhaji tastes absolutely lovely and is quite filling. Making it at home isn’t a very difficult task, making it perfect for weekday dinners. Making pav bhaji at home also allows you to control the ingredients that go into it, to make it healthier and guilt-free.

Today, I’m going to share with you all the way I make Pav Bhaji at home. This recipe is brought to you in association with the Foodie Monday Blog Hop. 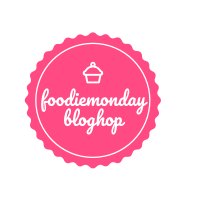 The Foodie Monday Blog Hop is a group of passionate food bloggers who share recipes based on a pre-determined theme, every Monday. This week, it was my turn to choose the theme this week, and I decided upon #StreetFoodsOfIndia, street foods from different parts of the country. I chose to showcase this personal favourite Bhaji Pav recipe for the theme.

How to make Pav Bhaji

Here is how I go about it.
Ingredients (serves 6):

1. Wash the potatoes thoroughly, removing all traces of dirt from them. Cut into quarters, and place in a wide vessel. Add in enough water to submerge the potatoes fully. Place the vessel in a pressure cooker. Pressure cook for 4 whistles on high flame or till the potatoes get fully cooked. Let the pressure release naturally.

3. Grind the ginger and garlic roughly in a small mixer jar. Use a little water for the grinding. Keep aside.

4. Chop 3 cups of mixed vegetables. Transfer to a wide vessel and add about 1/4 cup of water. Place in a pressure cooker and cook on high flame for 2 whistles. Let the pressure release naturally.

6. Grind the tomatoes to a puree in a large mixer jar. Keep aside.

7. Chop the onion finely. Keep aside.

8. When the pressure from the cooker has gone down fully, get the cooked veggies and potatoes out. Keep the cooked vegetables aside, along with the water they were cooked in.

9. Drain out all the water from the cooked potatoes. We will use this in the Pav Bhaji later.

10. Allow the potatoes to cool down. Then, peel them and mash roughly.

11. Heat the oil in a large pan. Add in the chopped onion. Saute on high flame till the tomatoes turn translucent, about 2 minutes.

12. Add in the tomato puree. Cook on high flame for 4-5 minutes or till the raw smell of the tomatoes goes away completely.

13. Add in the cooked veggies, along with the water they were cooked in. Also add the ginger-garlic paste.

14. Turn the flame down to medium. Add in salt to taste, red chilli powder and turmeric powder. Mix well.

15. Add in the garam masala and pav bhaji masala.

16. Add in the mashed potatoes. Mix well. Add in some of the water reserved from cooking the potatoes, as needed to adjust consistency.

17. Cook on medium flame for 4-5 minutes till the mixture starts thickening. Stir intermittently. Stop cooking when it has thickened up, and is neither too watery nor too thick. Remember that the mixture thickens up further later.

18. Mix in lemon juice after the gas has been switched off.

19. Mix in the finely chopped coriander too. Your bhaji is now ready to serve. Serve it hot, with ladi pav toasted in butter, with chopped onion, coriander and lemon wedges on the side.

How to make this Bhaji Pav recipe vegan and gluten-free

The bhaji here is made using oil and is completely vegan. To make the ladi pav vegan, use vegan butter to toast it.

1. You can use any vegetables of your preference in the bhaji. In the 3 cups of mixed veggies called for in this recipe, I typically use a mix of cabbage, cauliflower, green peas, carrot, capsicum and beans. I think these veggies work well in Pav Bhaji, while I occasionally use vegetables like broccoli and sweet corn too.

2. Use as much water as needed to adjust the consistency of the bhaji. I normally reserve the water used in cooking the potatoes, for this.

3. I prefer using a mix of garam masala and pav bhaji masala. It gives a much better flavour to the Pav Bhaji.

5. Many use chopped tomatoes in making the bhaji. I prefer using pureed tomatoes instead, as this gives the bhaji a much better texture, flavour and colour.

6. You can get the accompaniments for serving the Pav Bhaji ready while the bhaji is cooking – toasting the ladi pav in butter, chopping up onions and coriander finely, and chopping lemons into wedges.

7. I have used a little oil in the making of the bhaji. You can use salted butter too.

9. I have used store-bought ladi pav here. You can buy a whole wheat version or bake them at home yourself, to make the Pav Bhaji healthier. You could use slices of regular whole wheat bread instead, too.

10. I prefer keeping the vegetables in the bhaji whole, instead of mashing everything into a paste as is quite commonly done in eateries. If you prefer bhaji that way, definitely go ahead and mash away!

Did you like the recipe? Do tell me, in your comments!